A Week With Chrome OS

This article is going to be a little different from others, but I think it will be fun to write and may be useful to people considering a switch to Chrome OS. I have watched the progression of Chrome OS over the years with interest. It has always been a compelling story for me to consider transitioning from desktop applications to cloud-based web applications.

My previous roles have relied heavily on desktop applications, especially when talking about development & productivity tools such as Microsoft Office.

When my laptop died on me I resisted purchasing a new laptop for a handful of reasons;

When things started to open up again I was hopeful that I could get back to my coffee shop routine so needed to consider my options. My first thought was an Android tablet, but the cheap ones were terrible and the good quality tablets really didn't feel like good value for money. I knew that when using a tablet, I couldn't be particularly productive, instead, limited to basic functions like checking emails, browsing the interwebs and watching videos. Then while thinking about all of these things, I was watching one of the tech channels I enjoy on YouTube and they were doing an initial impressions on the new Lenovo Chromebook Duet.

For me, it really highlighted how far ChromeOS and Chromebooks, in general, have come, from novelties to viable options for students and productivity gurus alike. Further, the HTML5 evolution has led to more and more tech companies working to support web apps along with, or instead of, mobile or desktop apps.

Some key things stood out when I did subsequent research;

I could not get myself one of the Duets, unfortunately, but I decided on the ASUS Chromebook Flip C434 (base model). I will not write this as a review of the ASUS Flip; instead, I want to talk about the transition from Windows to ChromeOS and some of my thoughts along the way! 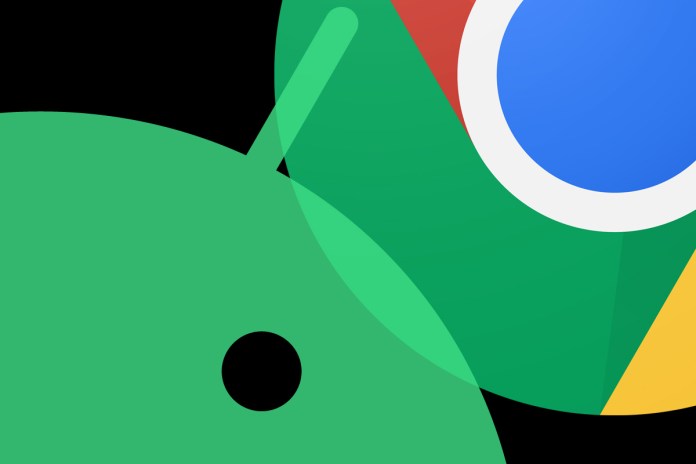 Things were really easy to get up and running, just enter my Google account details and I was away. All my bookmarks and extensions were set up quickly and I had most of my tools available to me. Further, many of the web apps I already used just worked as you would expect.

Everything worked seamlessly for those aspects of my workflow and productivity that was on either Google services or native web apps like; Gmail, Google Docs, Google Sheets, Atlassian and general browsing

There is a learning curve, just getting familiar with gestures and navigating the operating system did take a while but once I was comfortable it was easy and natural. It really feels like a tablet and desktop had a baby haha. 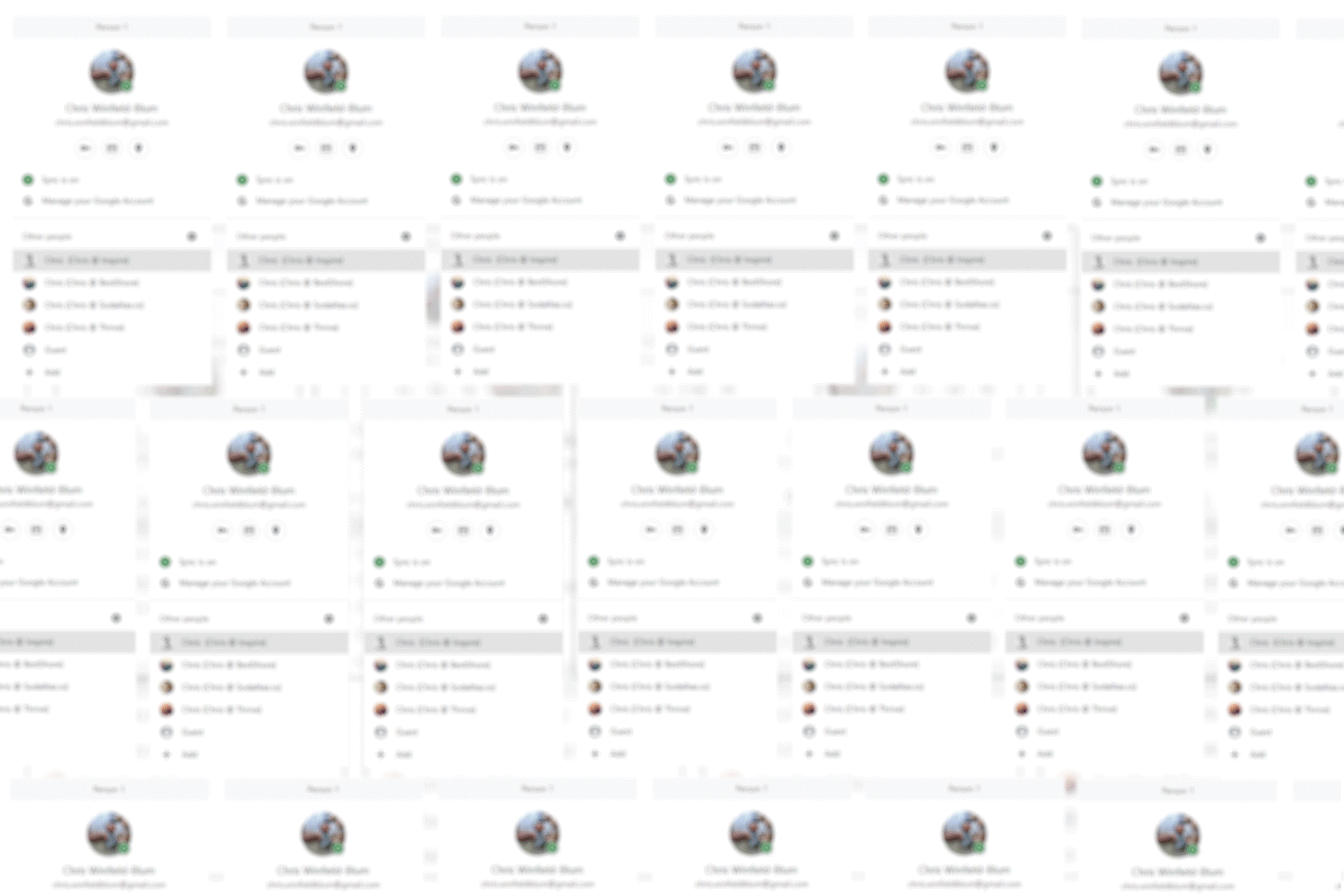 Probably the biggest adjustment for me was that I use Chrome profiles for different purposes. I have profiles for personal use, profiles for Change Fox, profiles for more serious engagements (especially when they are using GSuite). With Desktop versions of Chrome I am able to have different windows open for any of the above-mentioned purposes and flick between them as needed. Now there's pros and cons to this, there are times when I'm trying to focus on one task and I get interrupted by another window.

This has led me to get more disciplined with my "time blocking" aka "pomodoro technique", and that's been amazing for my productivity and sense of effectiveness and efficiency.

One alternative or solution to this problem (if it's considered a problem) would be installing an independent browser but I will resist doing this unless it becomes an ongoing issue.

Slack is kind of mehh

I use Slack extensively for a number of my engagements and unfortunately, the web app just doesn't stand up to its Desktop cousin. I tried a few things to try to find the best experience from; web app, android, and even setting up Linux and deploying Slack for Linux. Slack for Linux was the best overall experience until I tried to do a Slack Call and realised that they are yet to complete mic support within their Linux VM. Further compounding this issue, the audio quality was pretty bad via the web app so I will have to see how this plays in the future, but even worse I can not screen share while using the web app. This does pose a risk to my complete switch over to Chrome OS for work.

Slack for Android is a pretty terrible experience on desktop/tablet mode, the Linux version is lacking video and audio (mic) support for conference calls & the web app does not have great audio quality and no screen share makes it half a solution to a complete problem.

For now, I will need to use the web app because my teams use Slack for conference calls throughout the day but won't be able to screen share. I may run both the web app and Linux version in parallel at times but I want to avoid this if I can. 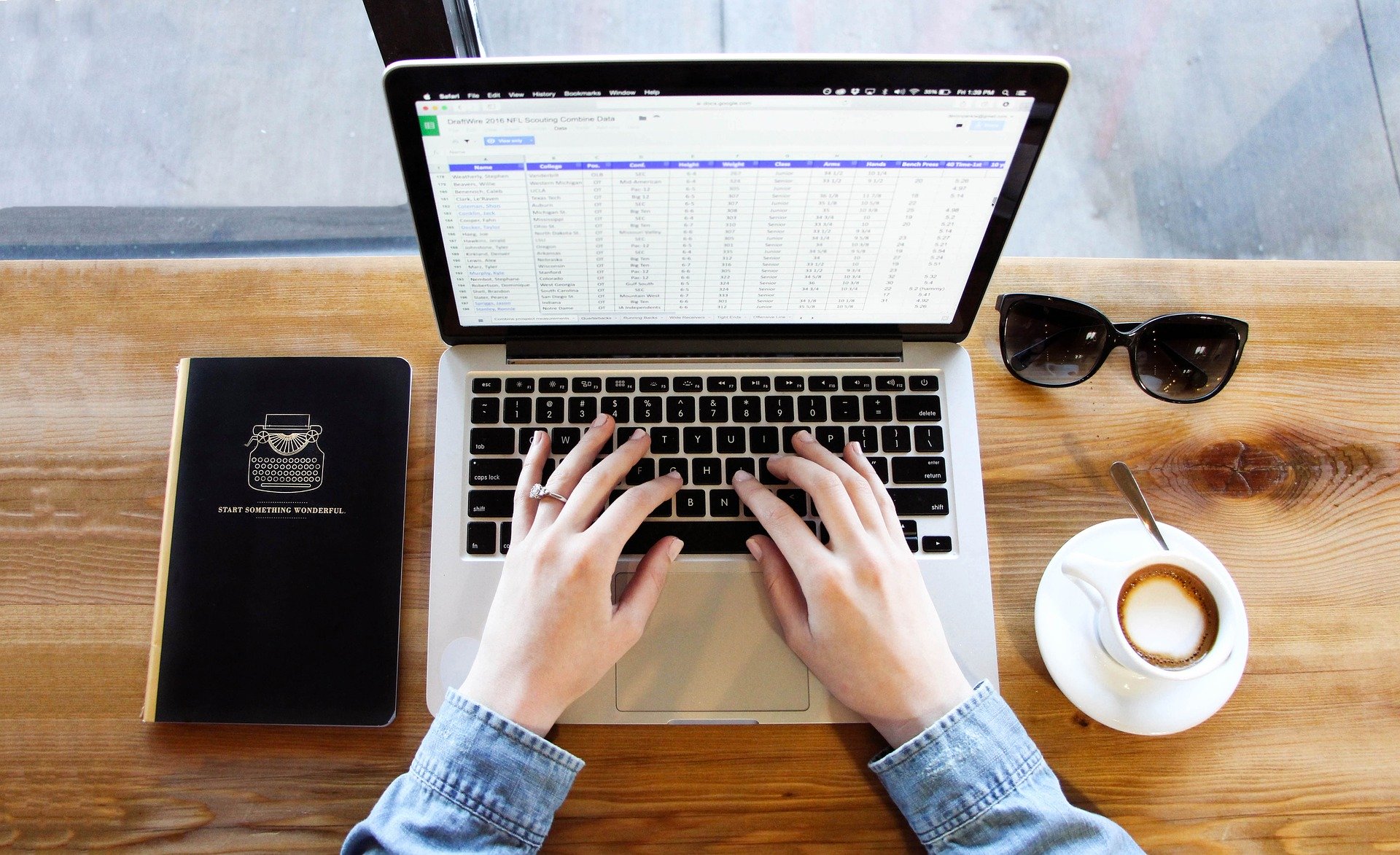 If you're using Office 365 the web apps have come a long way over the past year or two. If you're a heavy spreadsheet user though, you're likely to struggle with their being several limitations to macros and developer level tools. Outlook for Android does a serviceable job as a mail client although the web app is more feature-rich. MS Teams is great to use in a browser but if you prefer desktop apps you're going to find this transition challenging.

Web apps have come a long way but if you're using Office 365 for your organisation it may be tough or expensive if you start to subscribe for additional applications like Visio or MS Project online.

If you're commited to ChromeOS and you're in a position of power within your organisation, then Google Suite is probably going to hold up better in your migration. This is likely to be extreme for most organisations though. 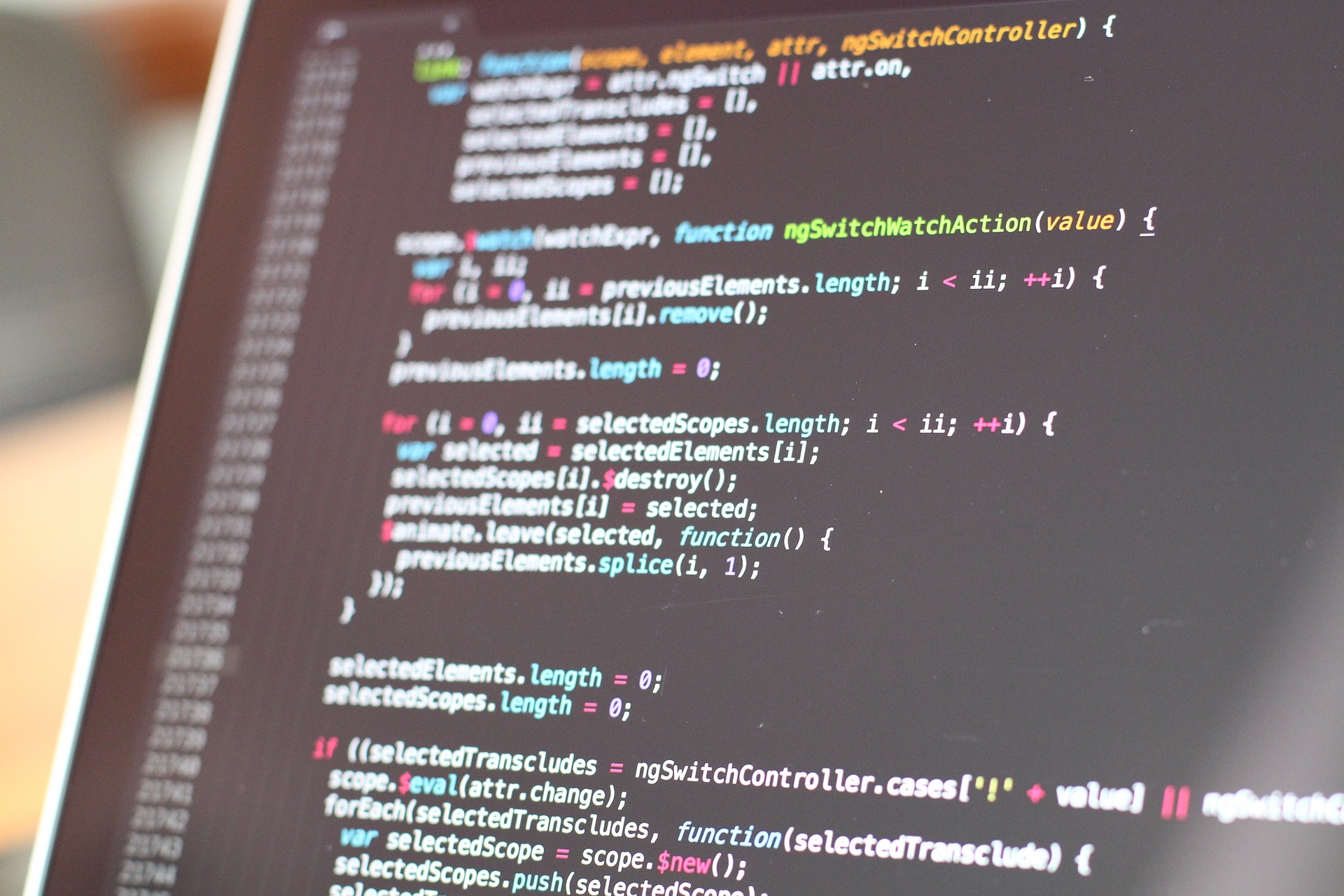 I won't be programming

While technically I could set up my Linux VM with a development environment, unless you're shelling out $1500-2200 for a high-end Chromebook, your specs will lack the memory and storage to be running multiple projects concurrently. This gets even worse if you're working on mobile app projects with the size of the Android SDK and the resources it uses to run and compile anything. The thing is at those kinds of prices you could get a better spec'd Windows or Linux laptop or desktop especially with the recent AMD processors smashing it on low budget, high spec'd laptops.

It's pretty simple, software development is not even close to a viable use case for Chromebooks right now, they are just not built and spec'd for this purpose with the current generation of Chromebooks.

I will continue to use my desktop for any resource-hungry tasks like development, but for a real developer if you are looking for anything more than a secondary device then I would encourage you to stick to Windows, Mac or Linux. 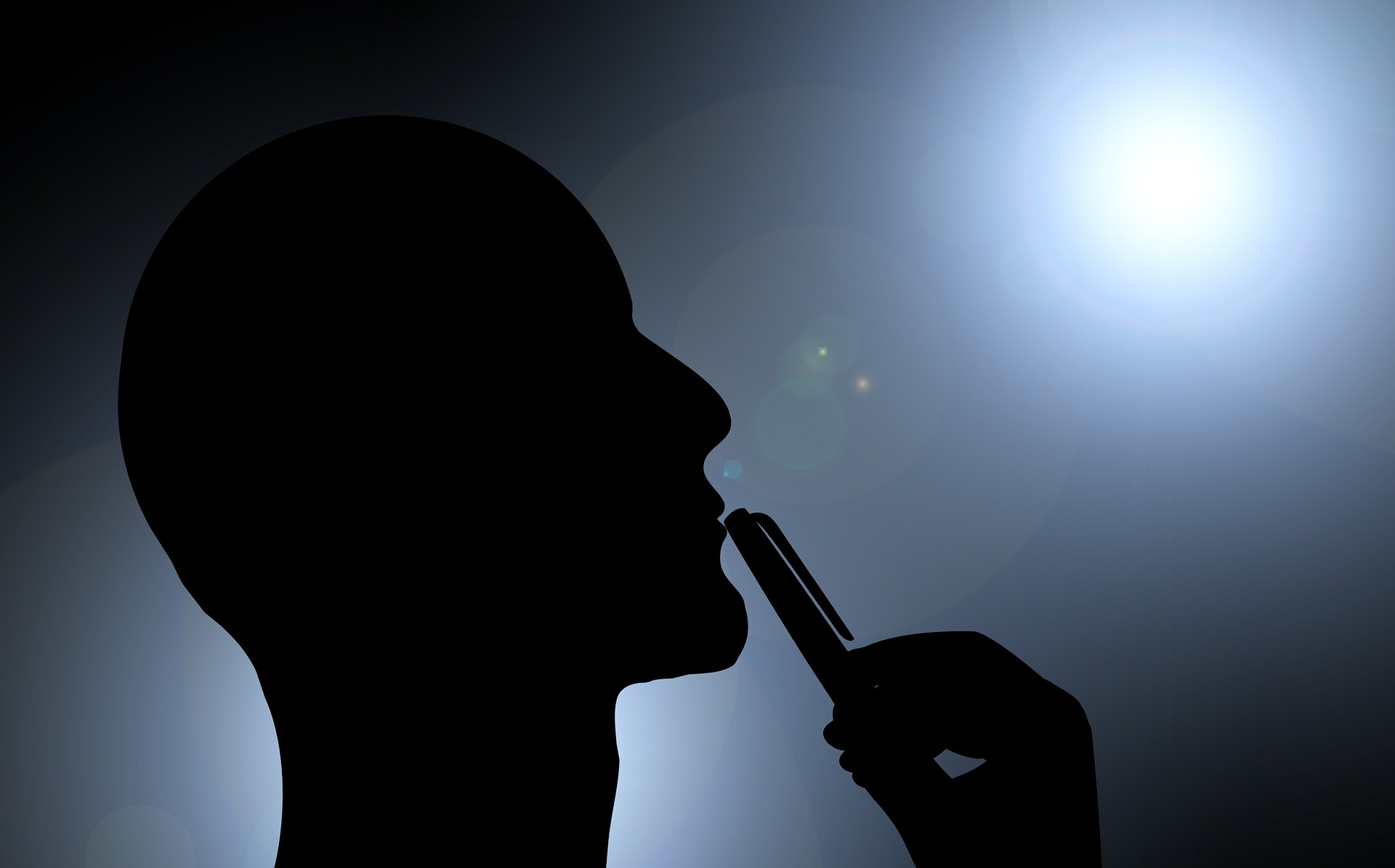 Other things that came up

Outside of the above details, I hit a couple of other challenges along the way but did manage to find solutions or workarounds to most of these.

I use Balsamiq, a wireframe and mockup tool quite a lot within the context of new software feature development and visualisation. I had previously bought (and upgraded) my desktop license but the Chromebook/Linux versions are experimental and required a lot of messing around (installing Wine, a Windows emulator for Linux).

So I played around and decided to trial the cloud version available for Google Docs (approx. $5/month) and it was good. I may even switch to this version fulltime instead of upgrading my license again.

The inbuilt screen capture tool on the Chromebook is nice but it lacks some features that I use regularly in tools like Snip & Sketch and ScreenToGif which are both great tools for taking screenshots and marking them up, or creating a quick gif to share with a team member when you find a bug and need to show what happens without full video capture. Further, I missed the simplicity of using Paint.net which is one of the best graphics tools around for quick editing, cropping and other basic requirements.

Like I said the default screen capture tools on Chromebook are workable, and I combined that with tools like pixlr, an online photo/image editor, and it well enough but I did find myself missing the simplicity of Snip & Sketch into Paint.net and then into Balsamiq or Slack as required.

It has been an interesting experiment for me and I hope some of the thoughts and points discussed are interesting to you.

Ultimately, I have gone back to using my Windows Desktop as my daily driver but I will use the Chromebook for my coffee work sessions (when I can do that again without catching Covid!)

The decision to switch back was largely on the back of the limitations with Slack because this is such a critical part of my daily workflow and team collaboration.

If it wasn't for that then I could have quite comfortably switched over and been happy. I will take my lessons from this experiment and ensure that I am keeping my work engagements separate enough to not introduce distractions and inefficiencies, it's reminded me of the power of time-blocking and I will implement that more strictly going forwards again.

As you've no doubt read/heard before your ability to go fulltime with a Chromebook will be completely dependent on the type of workflow you're wanting to use it with. I will use the Chromebook for my general productivity when I'm away from my PC and be happy to do so, and ill use it as my media device when I want to hide away and watch a movie or Netflix but I will not be using it as my daily driver until such time that I am out of the house more regularly.

Achieve more with this psychological hack

Are you working your business into the ground?

Do not get education confused with learning

Please log in again. The login page will open in a new tab. After logging in you can close it and return to this page.